Henderson & Waterkotte, P.C. is a criminal defense firm dedicated to providing vigorous representation to individuals facing criminal charges in federal, state, and municipal courts throughout Missouri and Illinois. Our attorneys have represented clients in jury trials from first degree murder to misdemeanor cases. Whether you have been charged with a traffic ticket or a serious felony charge, we give you the attention, resources, and dedicated legal counsel you deserve. Our St. Louis criminal defense attorneys work tirelessly to achieve the best possible results for our clients.

We are committed to providing each and every client aggressive, affordable, and trusted legal representation. If you or a loved one have been charged with a crime or are the subject of an investigation, contact Henderson & Waterkotte, P.C. at 314.645.4400 for a free consultation. We are available 24 hours a day, 7 days a week and are willing to travel throughout the Greater St. Louis area to meet with you if necessary. 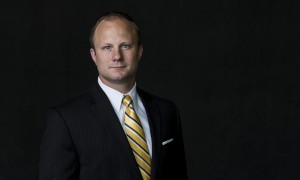 Mick Henderson is a Managing Partner and founding member of Henderson & Waterkotte, P.C. His tireless preparation at every stage of litigation has enabled him to become a premier trial attorney in the area and get superb results for his clients. Whether in trial, motion practice, or negotiation, Mr. Henderson combines his preparation and knowledge of the law with in depth client communication to make sure his clients know they are in good hands. This new age representation has earned Mr. Henderson awards and deep respect from clients and other professionals.

As a Managing Partner of Henderson & Waterkotte, P.C., Mr. Henderson continues to focus his practice on defending the accused in felony and misdemeanor criminal cases and injury victims in civil lawsuits.

Mr. Henderson, a lifelong St. Louisan, graduated from Vianney High School in Kirkwood, Missouri. He received a Bachelor of Science degree in Business Administration with an emphasis in Finance and Marketing from the University of Missouri – St. Louis. During his time at UMSL, Mr. Henderson was a member of the school’s ice hockey team.

Mr. Henderson attended the University of Missouri – Columbia School of Law, graduating in the top 20% of his class. He was selected for membership in the Missouri Law Review, and was one of the few authors to have an article published. While in law school, Mr. Henderson worked for a premier personal injury law firm in the St. Louis area and was a clinical prosecuting attorney in Boone County, Missouri.

In his leisure time, Mick enjoys spending time with his wife and young son, golfing, and getting outdoors to hike or run with his two dogs. To contact Mick, you can call him at 314.645.4400 or email him at henderson@hwlawpc.com. 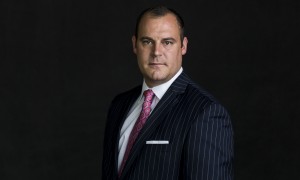 Steven Waterkotte is a Managing Partner and founding member of Henderson & Waterkotte, P.C. Mr. Waterkotte focuses his practice almost exclusively on criminal defense. He defends the rights of the accused in felony and misdemeanor criminal cases. He has developed a reputation as a passionate and relentless fighter for his clients. Mr. Waterkotte has significant trial experience ranging from first degree murder to misdemeanor cases.  He has tried cases in courtrooms throughout Missouri and obtained not-guilty verdicts for many of his clients.

In addition to his criminal defense practice, Mr. Waterkotte has successfully defended hundreds of clients in order of protection cases.  Mr. Waterkotte has achieved favorable results for many students throughout the Missouri area facing disciplinary action by his or her university or college. Mr. Waterkotte also has successfully appealed several cases to appellate courts in Missouri, including the Supreme Court of Missouri and the Missouri Court of Appeals, both the Eastern District and Southern District.

Mr. Waterkotte is very involved in the St. Louis Community.  He is active volunteer in the Big Brothers Big Sisters Organization and also a member of Attorneys for Amachi Missouri, which is a program that addresses the needs of children with at least one parent in prison. In his free time, Mr. Waterkotte enjoys spending time with his wife and kids and their dog. He is an avid fan of Mizzou football and basketball and the St. Louis Cardinals.

Contact Criminal Defense Attorney Steven A. Waterkotte by phone at 314.645.4400 or by email at waterkotte@hwlawpc.com.